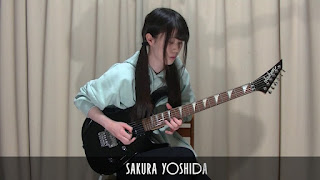 This song played with WGGC gig 4 Game Sound Song, BLAZBLUE Theme of Hero Laguna I have copied it personally once, but when I reworked my ears, I could not play it properly at the time Because it began to play! Since the difficulty level is also high, I posted it! The early stage and the last key solo are arranging and playing.