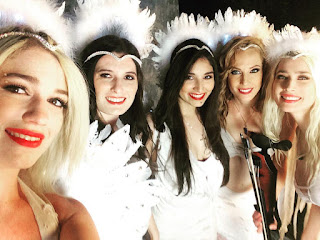 ‘Corey’s Heavenly Tour: Angelic 2 The U.S.
Has already kicked off. Be sure to catch us as we embark on an all new exciting run of shows.

Eliana Cargnelutti: Strange kind of women - "Into the fire"

Hyejin: Mateus Asato - Let it be