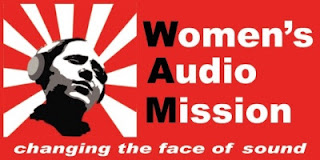 San Francisco, CA – January 12, 2016– Women’s Audio Mission (WAM), a San Francisco-based nonprofit dedicated to the advancement of women in music production and the recording arts, will be presenting an all-women music producer panel at the 2016 NAMM Show on Thursday, January 21 from 11:00am to 12:00pm in Anaheim, CA, the world's largest trade-only event for the music products industry.

Women’s Audio Mission trains over 1,200 women and girls every year in the only professional recording studio in the world built and run entirely by women. WAM will present a panel on “The Evolution of the Music Producer”, featuring an all-star lineup of veteran music producers who will discuss how the role of “music producer” has evolved over time, from the person who steers a recording project and brings out the best performance in an artist in the studio to a person who creates the electronic music and beats that shape today’s hits.

Panelists will include Sylvia Massy, award-winning producer, artist, writer and educator who has worked with major artists from the Red Hot Chili Peppers to Tool to Johnny Cash to Prince; Merrill Garbus, the groundbreaking indie artist and producer behind the innovative musical project tUnE-yArDs, described as “astonishing” by The Village Voice and “ingenious and irresistible” by The New York Times; Asma Maroof (DJ Asma), producer and tour DJ for MIA and a member of Future Brown and Nguzunguzu; and Terri Winston, Founder and Executive Director of Women’s Audio Mission.

“We’re very excited to be presenting this panel at NAMM this year,” says Winston. “Less than 5% of content you hear every day on the radio, on streaming services, on TV is created by women. These amazing producers have a wealth of experience and a lot to say. It’s great to have a platform at NAMM to share this and showcase these very different perspectives and backgrounds in music production.”

Women in the music and audio industry, Women’s Audio Mission members, and NAMM attendees are all encouraged to attend the panel in January.
https://www.namm.org/event/wn16/evolution-producer

Women's Audio Mission is a San Francisco based non-profit organization dedicated to the advancement of women in music production and the recording arts. In a field where women are critically under-represented (less than 5%), WAM seeks to "change the face of sound" by providing hands-on training, experience, career counseling and job placement to women and girls in media technology for music, radio, film, television and the Internet. WAM believes that women's mastery of music technology and inclusion in the production process will expand the vision and voice of media and popular culture. For more information, visit www.womensaudiomission.org.
namm 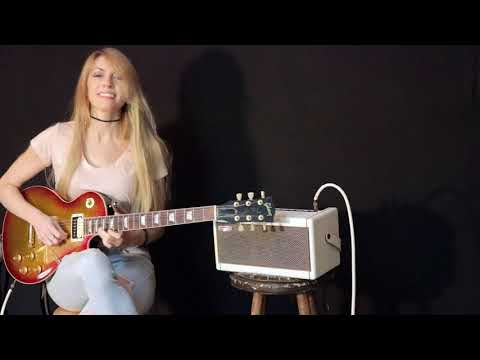