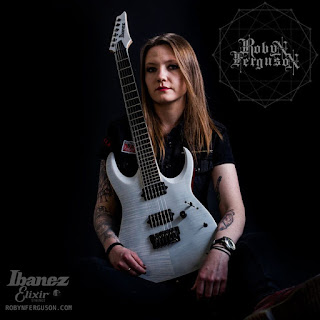 Alizarin is an expression of hard work and excellence which will take you through Robyn's journey of self discovery, expression and overcoming. This completely solo project has been in the works for a while and now the time has come to be heard...

Currently an Elixir String, as well as, an Ibanez Guitars South African endorsee, Robyn, is a well respected and known female metal musician in the South African and African metal communities.

She is widely known for her guitar and vocal performances and has found herself performing both locally and internationally with some of the greats in the industry including Cannibal Corpse, Fleshgod Appocalypse, Hatebreed, Periphery, Norma Jean, Epica, Sepultura, Kataklysm and many many more.

Best known for her part in Adorned in Ash and Sistas of Metal, her long anticipated solo material is sure to stand out from anything else this powerhouse has ever touched.

Robyn Ferguson has all the guitar chops and song writing ability to make this an explosive EP. The production is top-notch, the instruments clean and precise (although the human touch is still firmly in place), and the songs exciting and strong. My only issue is that it’s so short! Granted, this is her first solo outing and just a taster of what might grow in the future, so it does the job of reeling the listener in, firing them up, and leaving them wanting more. Along with the recent Chris Prophet album, this feels like the beginning of a South African shred / instrumental guitar resurgence and, with the talent now rising to the surface, I’m proper excited. 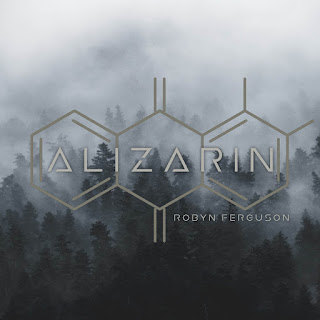 
Deciding which song to do a play through for...